Tucson, AZ (October 9, 2019) – Officers from the Tucson Police Department arrested a man on Monday after he allegedly fled the scene of a fatal crash late last month.

Guadalupe Barrios, 32, is facing charges of leaving the scene of an accident causing death, according to a Tuesday news release from the Tucson Police Department. Police said additional charges may be added at a later time.

Around 4:40 a.m. on September 22nd, officers found Barrios’ passenger Davis Ochoa-Borquez, 29, dead near half of a 2000 Nissan Sentra at South Swan Road and East Golf Links Road. Officers discovered that the front half of the car went through a chain-link fence near the U.S. Border Patrol Station. Detectives determined that three people were in the Nissan Sentra, which was speeding southbound on Swan Road when Barrios allegedly crashed into a utility pole. The accident sheared the vehicle in half.

Police say that excessive speed was a major factor in the fatal crash.

We would like to offer our deepest condolences to the family of Davis Ochoa-Borquez at this time.

Throughout Arizona, nearly 127,000 collisions occurred in 2018 alone, making it clear that car wrecks are an unfortunate reality of life. In addition, there has been an increase in the rate of injurious accidents and multi-car crashes across the state over the past 10 years.

In addition to the physical and emotional trauma they’ve already sustained from being involved in an accident, victims must deal with insurance companies, negotiations with other drivers or passengers, and financial difficulties. However, those affected by these serious incidents can seek help from a personal injury lawyer and learn more about protecting their legal rights after a multi-car crash.

ELG Law’s auto accident attorneys have years of experience fighting for victims and their families after they’ve suffered from a crash caused by the negligent actions of other drivers. Contact our accident attorneys today at (623) 562-3838 to schedule your free, no-hassle consultation.

Tucson, AZ – Injuries Reported in Rollover Crash on I-10 at Sunset Rd

Phoenix, AZ – Injuries Reported in Car Accident Near I-10 at 35th Ave & Durango

Phoenix, AZ (December 25, 2019) – A multi-car crash in Phoenix on Wednesday has left at least one victim... read more

Chandler, AZ – Cyclist Injured After Being Struck by Vehicle Near Ray Road 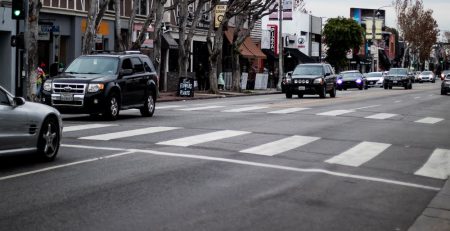 Mesa, AZ (October 20, 2019) – Six people were hospitalized after a major accident on Sunday near Broadway Road. According... read more