The Danger of Not Using Turn Signals 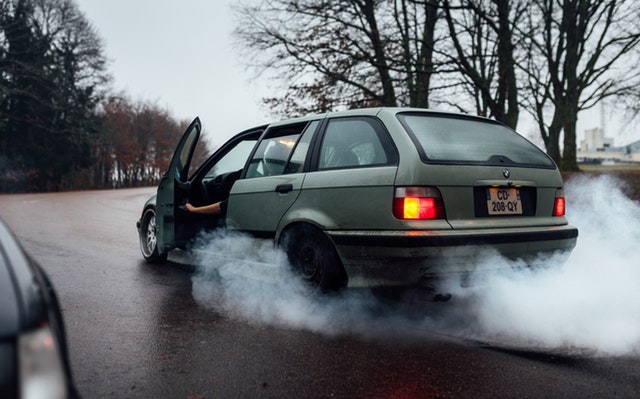 One of the most basic elements of learning to drive safely is learning to properly use the turn signals on your vehicle. Being able to appropriately indicate the way you’re turning is, so important that hand signals were devised, and they are still used to this day to communicate your intent to other drivers. The electronic turn signal made the process much simpler and safer than extending your arm outside your car window, yet despite this, approximately half of all drivers fail to signal while changing lanes and a quarter of drivers fail to signal a turn.

How Dangerous Is Failing To Signal?

Considering that a car’s signal lights are one of the only reliable ways of communicating with other drivers, they are an incredibly important tool for driving safely. Some reports show that approximately two million car accidents per year are caused by a failure to signal. Not only does that add up to a huge amount of money in car repairs, but it’s also a massive risk to human life. While using your signal is, in general, imperative, proper signaling is also important. Using your turn signal too late gives other drivers no time to react, while signaling too far in advance can prevent drivers from properly understanding your intentions. If you are one of the two million people who have been involved in an accident due to another driver failing to signal, you may want to consult an attorney with experience in auto accident lawsuits.

A Motivation Behind Road Rage

While a police officer may notice a failure to signal as being an illegal act, other drivers may simply see it as a tremendously discourteous one. The use of turn signals can help to minimize incidents of road rage. A small percentage of drivers can become so angry from the lack of what they see as “courteous driving” or respect, they will go out of their way to potentially harass or harm another driver on the road. This is not in any way at all to suggest that road rage is justified by the lack of a turn signal. If you are involved in a road rage incident, you should call the proper authorities. If you’ve been injured or your car was damaged in such an altercation, you should speak with an attorney regarding the matter.

Signal Even If You Don’t See Other Vehicles

Some drivers remark that they don’t find a need to use their turn signal if there aren’t any other drivers near them. This logic falls apart though when you consider how many blind spots there are in most vehicles. Depending on what kind of automobile you’re driving, 40% of the area around your vehicle can be hidden or obscured from view. Even if you don’t think there are any other cars around, putting on your signal ensures that you’re effectively communicating to any driver that may potentially be around you. Not to mention, always signaling is a good habit to have in general.

Involved In An Accident? Signal For A Lawyer

There are a number of careless drivers on the road at any given time. Defensive driving can help you reduce the odds of being involved in an accident with one of them, but sometimes, the odds are not going to be in your favor no matter what. If you’re involved in an auto accident, call ELG Law at 623-321-0566 for a free consultation. Our team of attorneys only deal with personal injury cases, giving us the experience and resources to help potentially get you the results you deserve.

Tags: A Motivation Behind Road Rage, How Dangerous Is Failing To Signal, Involved In An Arizona Accident, Signal Even If You Don’t See Other Vehicles