Tempe, AZ (February 18, 2020) – A driver has been arrested after a woman died and a man was seriously injured in a Tempe hit-and-run accident early Sunday morning.

Officers from the Tempe Police Department say that a woman and a man were crossing the street near University Drive and Mill Avenue around 2:30 a.m. on Sunday when they were hit by a vehicle traveling westbound on University Drive.

The hit-and-run driver, Clyde Thatcher, was arrested an hour after the accident occurred. Police say Thatcher, 36, stopped and spoke with two witnesses before fleeing the scene. Witnesses provided a description of the vehicle, which ultimately led police to Thatcher’s GMC Sierra, which was located 52nd Street and Broadway Road.

Thatcher was then booked into jail on suspicion of manslaughter, aggravated assault and hit-and-run.

Police say impairment was a factor in the crash.

Our condolences go out to the family of Kelly Maeve Scott. Our thoughts are with Steven McDonald in hopes of a full recovery. 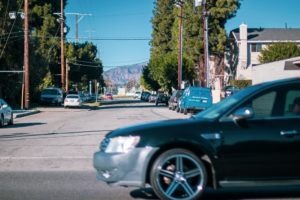 According to statistics released yearly by the Arizona Department of Transportation, there were more than 15,000 hit-and-run accidents in 2017 alone. Of those accidents, almost 70 resulted in at least one fatality and 3,000 resulted in critical injuries. These tragic figures make it clear that hit-and-run wrecks are a serious threat to drivers across the state. Furthermore, when innocent drivers suffer as a result of another motorist’s negligent actions, they’re often left with physical and emotional trauma.

That’s why victims and their families should always speak with a knowledgeable car accident attorney in Arizona after they’ve suffered in a wreck that occurred at the hands of a negligent driver.

When it comes to advocating for victims and their families after a crash, the attorneys at ELG Law are fully committed. Thanks to years of experience and unmatched compassion in handling victims’ cases, our accident attorneys have what it takes to help you today. Our lawyers go above and beyond in securing the settlements that victims and their families deserve. If you have been harmed by an at-fault party, please contact us for legal advice and a no-hassle, free consultation at (623) 562-3838.

Phoenix, AZ – Injuries Reported in Crash & Chemical Spill on I-10 at 67th Ave

Wickenburg, AZ – Fatality Reported After Head-on Collision on US 93

Wickenburg, AZ (February 9, 2020) – A person has died after a head-on collision that occurred on Sunday. According to... read more

Tonopah, AZ – Nathaniel Jordan Watson Killed in Crash on I-10