Queen Creek, AZ (October 20, 2019) – One person has died in a motorcycle crash on Sunday afternoon.

According to traffic detectives from the Maricopa County Sheriff’s Office, the crash happened around 12:30 p.m., in the area of Power Road and Chandler Heights. A motorcyclist and a passenger car collided in the area, but details about the crash have not been released. Local paramedics arrived at the scene shortly after the crash occurred and transported the motorcyclist to a local hospital via ambulance.

Police confirmed that the motorcyclist later died at the hospital.

The man driving the car remained on the scene, and authorities said impairment doesn’t seem to be a cause in this crash. Authorities from the Maricopa County Sheriff’s Office are now investigating this crash, Sgt. Calbert Gillett said.

Our condolences go out to the family of the deceased victim.

Motorcycle crashes have accounted for almost 14 percent of all traffic fatalities nationwide over the past several years. In fact, according to data released by the National Highway Traffic Safety Administration, motorcycle wrecks have more than doubled over the past 25 years. Crash statistics show that one in seven deaths on the road occurred on a motorcycle across the country.

Due to the nature of these wrecks, tragic consequences may befall victims after a motorcycle accident, including long-term physical problems, medical bills, and even job loss or death. But the victims and their families affected by these injurious wrecks can contact a Phoenix accident lawyer for help. In some cases, a skilled lawyer can help victims get justice and a fair settlement to compensate for their damages from a personal injury lawsuit or a wrongful death lawsuit. 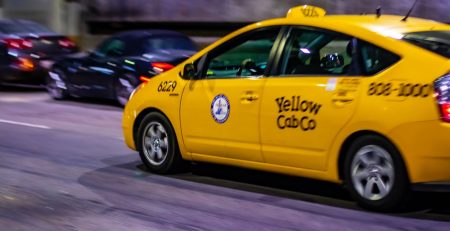 Phoenix, AZ – Injuries Reported in Multi-Vehicle Crash on I-17 at 7th Ave

Mesa, AZ – 2 Critically Injured in Multi-Car Crash on US 60 at Power Rd

Phoenix, AZ (March 18, 2020) – Phoenix police are investigating after a man was killed in a workplace accident... read more

Phoenix, AZ – Motorcyclist Injured in Crash on I-10 at Guadalupe Rd

Phoenix, AZ (September 6, 2019) – A motorcyclist was transported to the hospital after a wreck on Interstate 10... read more