Phoenix, AZ (September 8, 2019) – A motorcyclist who was injured in a crash nearly two weeks ago has died, according to Phoenix police.

Mathew Streu, 38, was transported to the hospital in critical condition after a crash on August 23rd around 12:40 p.m. According to authorities, he was traveling west on Thomas Road on a 2000 Suzuki motorcycle when he collided with a 2015 Toyota Corolla near 8th Street.

The driver of the Toyota Corolla, a 57-year-old woman who was not injured in the crash, was also traveling westbound on Thomas Road when she stopped in a curb lane due to backed-up traffic at 7th Street.

No indications of impairment were found, but the investigation is ongoing, according to Sgt. Maggie Cox of the Phoenix Police Department.

We would like to offer our condolences to the family of Mathew Streu at this time.

In recent years, motorcycle accidents accounted for 14% of all traffic deaths across the nation. These accidents have more than doubled since the mid-1990s, according to information released by the National Highway Traffic Safety Administration. Statistics indicate that one in seven motor vehicle fatalities occurred on a motorcycle nationwide.

Victims and their families may suffer tragic consequences after a motorcycle accident, including long-term injuries, costly medical bills, even job loss or death. Those affected by these serious incidents can contact a Phoenix accident lawyer for help. In some cases, an attorney can help those affected get the justice they deserve from a personal injury lawsuit or a wrongful death lawsuit.

Our skilled motorcycle accident attorneys at ELG Law have years of experience fighting for victims and their families after a serious crash. If you’ve been injured in a wreck that occurred through no fault of your own, contact our accident lawyers at (623) 562-3838 to schedule your free, no-hassle consultation today.

Tucson, AZ – Serious Injury Reported in Car Wreck on I-10 at Picacho Peak

Tolleson, AZ – Injuries Reported in Truck Accident on I-10 at 91st Ave 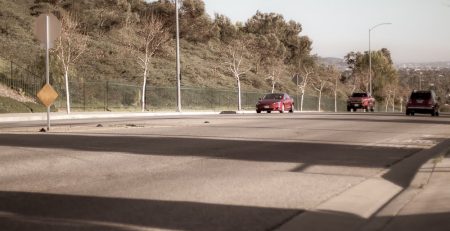 Phoenix, AZ – Injuries Reported in Multi-Car Crash on I-17 Near Black Canyon City

Glendale, AZ (August 29, 2019) – On Friday night, police responded to the scene of a pedestrian crash that... read more

Phoenix, AZ (December 28, 2019) – A man has been arrested after a deadly crash in northwest Phoenix early... read more

Phoenix, AZ (January 29, 2020) – Three people have been injured after a Denali SUV crashed into a block... read more