Phoenix, AZ (October 21, 2019) – A Phoenix man has been charged with assault after a three-car accident involving a pregnant woman.

Emergency crews responded to the scene near 24th Street and Oak Street just before 2:00 p.m. on September 22nd. The wreck happened after 31-year-old Cory Vargo ran a red light and collided with a vehicle driven by a 30-year-old man. Police say the man and his 27-year-old female passenger were ejected from their vehicle. The female was nine months pregnant and was transported to a local hospital, where she delivered the baby safely. The mother, however, sustained serious injuries.

Vargo reportedly told police that he dropped his cell phone and was trying to retrieve it while he was driving. He allegedly admitted to smoking marijuana the morning of the crash and using meth the night before the wreck occurred.

Furthermore, court records show that he was driving on a revoked license due to a prior DUI involving marijuana.

Vargo has now been charged with endangerment and aggravated assault. 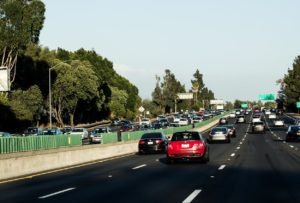 Injury accidents are an unfortunate fact of life in Arizona, particularly those that occur as a result of another driver’s negligence. Last year, almost 146 people were injured every day due to car wrecks nationwide. In 5 percent of all vehicle crashes, driver impairment or negligence was a factor.

Victims may have to deal with insurance companies, pay for expensive medical treatment, and cope with lost wages or even job loss after an injurious accident. Those affected can seek help from a personal injury lawyer after they’re involved in an accident that occurs through no fault of their own.

Our skilled team of injury accident lawyers at ELG Law specializes in fighting for victims and their families, securing justice and their fair compensation after these devastating wrecks. Contact our accident attorneys today at (623) 562-3838 to schedule your free consultation. We will help you review your legal options after a wreck.

Mesa, AZ – Injuries Reported in 2-Car Crash on US 60 at Val Vista Dr

Tucson, AZ (December 3, 2019) – A man died after a crash on Saturday involving a vehicle and motorcycle... read more

Phoenix, AZ – Injuries Reported in 2-Car Crash on I-17 Near Union Hills Dr