According to Sgt. Ann Justice of the Phoenix Police Department, a 10-year-old and a 16-year-old, who were both traveling in a sedan involved in the accident, were taken to the hospital with serious but not life-threatening injuries. The driver of that vehicle was not injured. Three others in an SUV were also seriously injured, and their ages range from 16 to 18 years old. None of their injuries was considered to be life-threatening, though they were also transported to the hospital.

News video showed severe damage to both vehicles, which appeared to collide in the intersection. It’s unclear how the accident happened at this time, but officers say the investigation is ongoing. 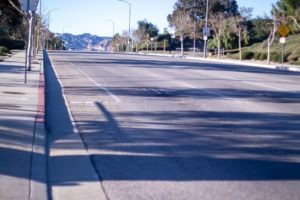 A recent accident report released by the Arizona Department of Transportation showed that there were more than 130,000 crashes across the state in 2018. Unfortunately, these wrecks resulted in numerous injuries, and at least 37,000 wrecks involved two or more victims with serious injuries. These injuries, oftentimes requiring medical attention or hospitalization, can affect victims and their families for months or even years after an accident.

In fact, victims have to cope with both physical problems and emotional trauma. Wreck victims may be required to document their injuries, negotiate with insurance companies, and take time from work, resulting in lost wages. Thankfully, victims and their families can seek help from a personal injury lawyer, especially if they’ve been involved in a wreck caused by the negligence of another driver.

Our skilled, compassionate team of injury accident lawyers at ELG Law specializes in fighting for victims and their families. Contact our accident attorneys today at (623) 562-3838 to schedule your free consultation for legal aid.

Tucson, AZ (November 16, 2019) – Officials from the Tucson Police Department have identified the victim of a deadly... read more

Chandler, AZ (December 8, 2019) – Police are investigating a crash involving a motorcycle and minivan that occurred in... read more

Surprise, AZ (December 15, 2019) – An officer with the Surprise Police Department was seriously injured after a vehicle... read more

Flagstaff, AZ – One Dead After Motorcycle Accident on Highway 180

Phoenix, AZ (October 9, 2019) – A local man has been charged after allegedly hitting another driver while street... read more

Chandler, AZ – Injuries Reported in Truck Accident on I-10 at Ray Rd