Phoenix, AZ (February 26, 2020) – Injuries were reported after a two-car crash occurred on Interstate 17 near 19th Avenue on Wednesday afternoon.

Phoenix police officials said that one white sedan appeared to rear-end a white SUV on I-17 northbound at the 19th Avenue off-ramp around 3:45 p.m. According to police records, at least two victims were treated at the scene by Phoenix EMTs.

It’s unclear whether speed or impairment were factors in the crash, but no citations have been issued at this time. Officers from the Phoenix Police Department say the accident remains under investigation. 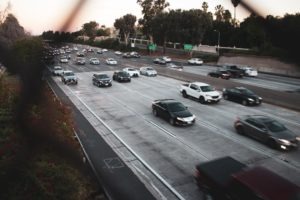 Recent data released by the Arizona Department of Transportation reveals that nearly 130,000 accidents took place across the country last year alone. More than two drivers and multiple injuries or even deaths occurred in almost 11,000 of those collisions.

Following these serious collisions, victims and their families often have to deal with insurance companies, emotional distress, and financial issues. This is especially true if the crash was caused by a negligent or distracted driver. However, those affected can seek help from a personal injury lawyer and learn more about protecting their legal rights or seeking compensation after a serious crash that occurred due to another driver’s negligence.

Tucson, AZ (November 16, 2019) – Officials from the Tucson Police Department have identified the victim of a deadly... read more

Mesa, AZ – Serious 2-Car Crash Results in Injuries on US 60 at Crismon Rd

Phoenix, AZ (February 3, 2020) –  A motorcyclist is in the hospital after a crash at the intersection of... read more

Tucson, AZ (September 10, 2019) – Authorities have confirmed that one person was transported to the hospital after a... read more

Chandler, AZ (September 11, 2019) – A pedestrian accident sent two teenagers to a local hospital on Wednesday. According to... read more