In Your Car? Turn Off Your Phone in Phoenix 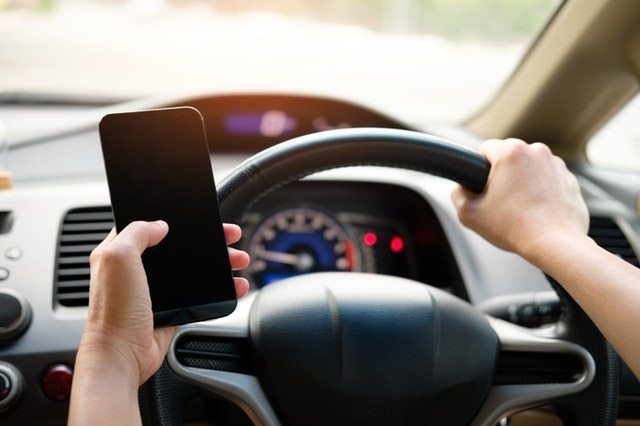 The dangers of distracted driving are real and numerous. From 2016-2018, there have been at least 40,000 deaths due to automobile accidents each year. Some studies state that there are at least nine deaths and 1,000 injuries per day that result from distracted driving, but due to a lack of appropriate data collection, other studies indicate that the aforementioned numbers might be low. A majority of states do not have a code system to indicate whether or not a driver was texting while driving. As phones continue to add more options, people continue to use their phones for more purposes besides simply talking on them. It may be getting to the point where even your phone turned on in your car is a distraction unto itself.

The Fear Of Missing Out

With the increasing reliance on social media in the 2010s, a new syndrome of sorts was introduced, abbreviated as FOMO. FOMO stands for “Fear Of Missing Out,” and is often attributed to why some people, particularly young adults and teenagers, are so heavily attached to social media. Many people want to feel connected to events as they happen; social media allows for that to occur in a virtual sense. As it turns out, the highest proportion of fatal distracted driving accident victims are under 20 years old. FOMO should not be something to die over. If you’re someone who’s tempted to check their phone because a notification sound goes off, then check your social media before you start driving and turn the phone completely off before you hit the road.

The Problem Of Driving And Texting

As cellphones became more prevalent, the dangers of talking on the phone while driving became increasingly more apparent. Even just the act of talking on a phone while driving was shown to be as dangerous as driving drunk in some cases. That danger is partially attributed to the cognitive process of conversing interfering with a driver’s focus, as well as the driver not having both hands on the wheel. Texting while driving opens up even more avenues for danger as now not only are a driver’s hands off the wheel, but their eyes are also off the road. The potential for an accident in these circumstances can not be understated. If you have been in an accident due to someone else’s distracted driving, it would be in your best interest to contact an experienced auto accident attorney immediately.

In 2019, the Arizona Senate passed a law that banned the use of a cellphone while driving. The law now extends to not just the use of a hand-held electronic device while driving, but even to hold it in your hand. In short, there should be no legal reason for holding a cellphone in your hand while operating your vehicle. With that being the case, your safest option is to just turn the phone off and keep it out of reach. Don’t give in to temptation and answer or even look at your phone while your vehicle is in motion. Don’t open yourself up to the possibility of being pulled over and fined or even worse, causing an accident that leaves you liable to a personal injury lawsuit.

There’s only so much you can do to ensure your own safety while you’re driving. You can obey every law but still be at the mercy of another driver’s carelessness. If a distracted driver has injured you in an automobile accident, contact ELG Law at 623-321-0566 for a free consultation. Stop yourself from being a distracted driver but let ELG Law take your call if you’ve been the victim of one.

Tags: Know The Arizona Cellphone And Driving Laws, The Fear Of Missing Out, The Problem Of Driving And Texting, Victim Of A Distracted Driver

Read More
Get Help Now
Home » Blog » In Your Car? Turn Off Your Phone in Phoenix
Translate »