Arizona Legal News2019-08-23T21:02:55+00:00
Blog Accidents Happen ELG Law Is There To Help, Are Electric Cars Safer, Gas vs. Electric Which Cars Are Safer, How Well Founded Are The Dangers Of Electric Cars, What Are The Potential Dangers Of An Electric Car

Whenever new technology emerges which supplants or changes a more traditional form of technology, there is always a period of resistance, resignation, and concern about the implications of this change. A good example of this comes from the automotive industry and the development of electric cars. These vehicles mark a drastic change in automotive design over traditional, gas-powered cars. One of the concerns that has arisen regards the safety of these vehicles, their unique battery structure, and the risks associated with them. But given how gasoline is also a very volatile and combustible substance, is one type of vehicle actually safer than the other?

What Are The Potential Dangers Of An Electric Car?

The alleged dangers of an electric car tend to revolve around the powerful lithium-ion batteries that serve as the power source for electric cars, or co-power source for hybrids. Lithium-ion batteries allow for extremely high energy storage, but the chemical reactions contained within them that allow for the creation of that energy could result in a powerful fire if the battery fails. This is the same kind of issue that has resulted in laptop and cell phone batteries catching on fire, though the smaller batteries would naturally result in smaller fires. A separate concern revolves around how much quieter electric cars are and the danger this poses to pedestrians. Being able to hear a car coming is just as important as being able to see one and avoid injury. These represent dangers of serious injury, and if either of them has happened to you, you may want to consider speaking with a personal injury attorney.

How Well-Founded Are These Dangers?

When it comes to how quiet electric cars are, that danger has been partially mitigated by certain manufacturers equipping their vehicles with sound emitters that trigger while driving slowly. As for the dangers of lithium-ion batteries overloading and bursting into flame, this issue is in some ways similar to the dangers of fuel or fuel vapors being combustible. Government studies have indicated that the risk of accidental combustion in an electric car is at the same level of, if not lower than, the risk in a gasoline-powered vehicle. One of the key differences between gas and electric cars though is that because gas-powered vehicles have been around for so much longer, our knowledge of them has increased over time and many of the risks are fully explored. The same can not be said for electric cars.

So, Are Electric Cars Safer?

Despite the need for continued study on the risks of damage to a car’s lithium-ion battery, early indicators suggest that electric cars may indeed be safer than their gas-powered counterparts and are almost certainly no more dangerous. Many products can malfunction, even despite vigorous testing. Many vehicles have had serious part failures occur, and lawsuits for damages due to these failures and the resulting injuries have been around for decades. In that sense, an electric car battery catching fire is no different than a brake failure, leaking fuel line erupting, or an engine blowing up. Unless there is a consistent pattern of catastrophic battery failures, there’s no reason to believe that electric cars pose a greater combustion risk than any other vehicle.

Accidents Happen, ELG Law Is There To Help

Even with the testing that electric cars go through, safety is never a guarantee. Parts can fail on your vehicle or other motorists’ and involve you in an accident. If the unfortunate does happen in the Arizona area, ELG Law is here to listen to you. Call us at 623-321-0566 for a free consultation. One of our experienced attorneys will listen to the details of your situation and see if you have a potential case we can help you with. As technology and the law evolves, ELG Law is dedicated to evolving with it to represent you in the best way possible.

Can You Seek Compensation If You Weren’t Wearing a Seat Belt?

A significant quantity of motorists choose to drive without a seat belt at times, often due to lax driving... read more

Road accidents are an unfortunate reality of life. While defensive, safe driving can go a long way in preventing... read more

Car accidents are never without damage and loss, but some are far worse than others. Many factors will directly... read more

Everybody has habits that are less than desirable, and some of these habits come with a great deal of... read more

Safe Bicycling For Children In Arizona

Riding a bike provides the ability for independence and freedom for many children but it doesn’t come without its... read more 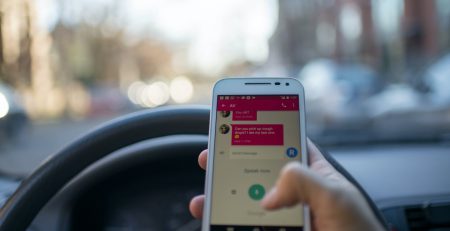 The Rising Problem of Texting While Driving

You see it all the time on the road, you may even do it yourself when you drive. Texting... read more

How Do I Know if I’m Too Drowsy to Drive?

Nearly 60 percent of people have driven drowsy in the United States, and over 30 percent have fallen asleep... read more 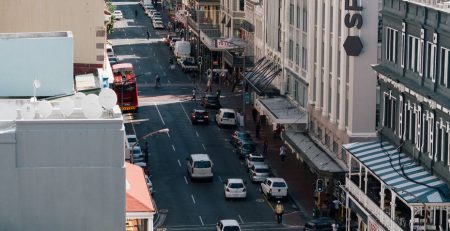 Understand the Risks Associated with Driving

When you were much younger you may have been one of the many millions of children who could not... read more

Filing a Whiplash Claim After a Car Wreck