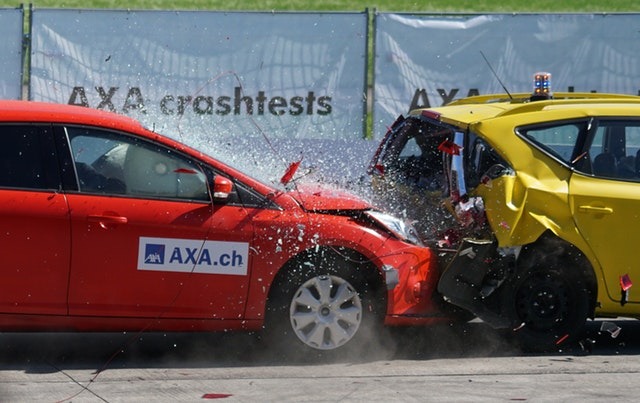 Sometimes, accidents are just terribly unfortunate occurrences that happen in a way that no one could’ve reasonably predicted. Most of the time, though, accidents are a result of something that someone or some people could’ve done differently. Trying to find fault in an accident has an ethical sensibility around it, but it also has an importance in the legal system, especially when it comes to determining civil judgments. So, what are the laws as they pertain to fault in an auto accident, specifically in the state of Arizona?

When it comes to personal injury law, fault and negligence are two terms that go hand-in-hand. For someone to be at fault enough to sue, they must have shown some sort of negligence in their actions; negligence of the law, negligence of the safety of others, etc. An experienced lawyer can help you prove the negligence of another based on taking depositions from the parties involved and other fact-finding. In Arizona, though, a different form of negligence is applied towards cases that reach the courtroom.

A Scenario of Comparative Negligence

Arizona has a system of comparative negligence that’s used by juries for finding financial fault in an accident. Let’s say you have two motorists, Stu and Glenn. Both Stu and Glenn are approaching a four-way intersection. Stu is driving south to north while Glenn is traveling east to west. The speed limit in this area is 30 mph, but Stu is approaching the intersection going 35 mph. Glenn, on the other hand, is going 30 mph, but completely runs the red light, T-boning Stu’s car. Glenn claims that if Stu had been driving the speed limit, the crash wouldn’t have happened; Glenn would’ve been through the intersection before Stu arrived in it. If this case goes to a jury, they may find that Glenn has a point; Stu was speeding, and that may have put him into the intersection at a bad time. However, 5 mph over the speed limit is not really that bad of an offense; running a red light though, is very much objectionable. The jury ultimately decides that Glenn’s actions were 90% responsible for the accident, while Stu was only 10% responsible. Glenn and his insurance company are still going to have to pay out a large amount, but it’s going to be a bit less because of Stu’s minor contributions to the accident.

How Does Comparative Negligence Affect My Case?

Because of Arizona’s comparative negligence regulations, you’re going to want to inform your lawyer of everything that occurred leading up to and during the accident. If you want to obtain the highest payout that you deserve, then your lawyer needs to be made aware of anything the other party could use against you to try and show your fault in the accident. Arizona is also a state where there is no law that places a maximum amount on the money you can receive from an automobile accident, personal injury case. If you truly had no part in the way an accident unfolded and were gravely injured, you want to have a lawyer on your side that will protect every percent of your innocence from being turned into negligence.

The way that an automobile accident can rip a person’s life apart is staggeringly powerful. Your health and ability to put your life back together are of tremendous priority. If you feel like financial compensation can help you make those priorities a reality, then contact ELG Law for a free consultation about your case. Call us at 623-321-0566 and let one of our experienced, personal injury lawyers determine if we can take your case. Negligence may be comparative in Arizona, but justice should remain absolute.