DUIs are not baked into the cake as part of the price of road travel, nowadays, they are considered violent crimes.  DUI’s are avoidable and it is the responsibility of each driver to make the choice not to drive while under the influence. Federal, state, and local agencies along with civic groups have been pushing for a change in how DUI’s are looked at and handled so that stronger enforcement can occur and increased deterrents results.  The efforts have been paying off as the percentage of alcohol-related crashes has gone down.

Even though public attitudes are changing and more options are available these days for people to get to where they need without driving drunk through services like Uber, for instance, DUI crashes still happen all-too-often. If you have been impacted from a crash at the hands of a reckless and negligent driver, your rights must be protected.  A qualified Arizona serious injury attorney from ELG can help you with your personal injury claim and ensure that the liable parties are held responsible for their actions.  These are the ways Arizona defines the various levels of DUI in the state.

Penalties for DUIs in Arizona

First-time misdemeanor offenders are looking at up to 10 days in jail and a fine of a minimum of $250 as well as a license suspension for 90 days.  These penalties increase with subsequent charges and the fines can be upwards of $500 and up to 6 months of jail time. Those that face felony DUI charges could see either a license suspension or revocation.  They can see up to 2.5 years in jail and a minimum of $750 in fines. 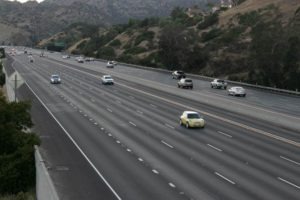 After an accident that was not your fault, you will be looking at many mounting costs which make the need for you to obtain the highest amount of compensation a priority.  The resourceful Phoenix serious injury lawyers at ELG can help you with your personal injury claim.

We will examine your case and fight for your rights. Contact our team of effective Phoenix personal injury attorneys at ELG today at 623-562-3838 to discuss your situation.

The importance of your spinal cord to the function of your everyday life cannot be understated. The electrical signals... read more

Don’t Make These Mistakes After a Car Accident

Accidents come with a tremendous amount of baggage. You have may have injuries to heal from, you may have... read more

Crashing your own vehicle is bad enough, but when you get into an accident in a car you’re borrowing... read more

Jackknifing Accidents and Trucks in Arizona

Commercial trucks are massive in size and that size comes with measurable weight. When accidents take place on the... read more

The Dangers of Driving When You’re Tired

Nearly two out of three people in America have driven drowsy at least once in their lives, compared to... read more

Car accidents can be the cause of some very serious injuries. The Association for Safe International Road Travel reported... read more

Arizona truck accidents can be extremely dangerous. Semi-trucks are some of the largest vehicles on the roadways and accidents... read more

How are Pain and Suffering Damages Calculated for Car Accidents?