The United States has a serious drinking and driving problem. According to the Center for Disease Control, about one-third of traffic fatalities involve a drunk driver. Furthermore, 1.9 percent of individuals nationwide reported driving after drinking too much, while 1.7 percent of individuals living in the state Arizona reported driving after drinking too much. Drinking and driving is a large issue that can’t be brushed aside and forgotten about. Impaired drivers need to face the consequences of a DUI.

In Arizona, and across the United States, the legal limit for blood alcohol content is .08 percent. Although, any individual under 21 driving with any amount of alcohol in their system will be charged with a DUI because the legal drinking age is 21. There are many calculations that attempt to show individuals how much they can consume and stay below the legal limit to drive safely. There are many different factors that affect these calculations like weight, gender, food consumption, alcohol consumption, and the total duration of drinking alcohol before driving. The number of drinks an individual can consume before driving is not universal. For example, women oftentimes metabolize alcohol slower than men due to the fact that biologically they have fewer enzymes than men to break it down. Also, the weight of an individual is a large factor because different individuals can weigh the same but have different muscle to body fat ratios. Muscles will metabolize alcohol faster than body fat does.

What is a DUI

A DUI stands for driving under the influence. The state of Arizona will not hesitate to charge individuals with a DUI if they are driving while impaired and over the legal limit. On the first offense of a DUI, an individual driving with their blood alcohol content over .08 percent could go to jail for 10 days and pay a fine over $1200. The second offense of a DUI is 90 days in jail and a fine of $3000. Additionally, if individuals are found with a blood alcohol content higher than .15 percent they encounter worse consequences than the ones listed above.

The National Highway Traffic Safety Administration has determined some strategies to reduce and prevent drunk driving throughout the United States. Some of the strategies they have found to be effective are listed below: 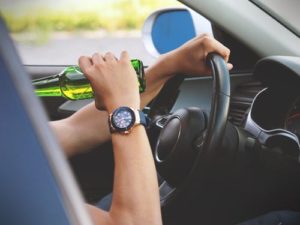 If you or a loved one has suffered injuries from a drunk driving accident, it is crucial that you reach out to an attorney to determine your legal options. Consult with an auto accident attorney at ELG so they can help you obtain the compensation you deserve. Our knowledgeable team of Phoenix attorneys wants to help you fight for your legal rights. Call us today at either Phoenix or Mesa Arizona law offices at (623) 321-0566.

Wickenburg, AZ – 2 Killed in Fatal Head-on Collision on US-93 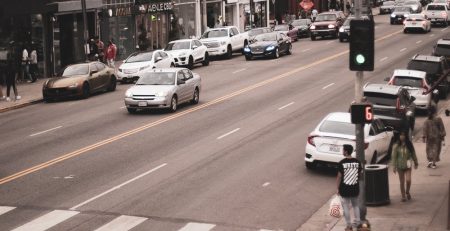 Tucson, AZ – Injurious Crash Reported on I-10 Near I-8 & Picacho

Dangers of Pit Bulls in the State of Arizona

There are a few breeds of dogs that are described and classified under the general term “pit bull.” American... read more

Phoenix, AZ – Wrong-Way Accident on I-17

Do Car Accidents Need To Be Reported To The Police?

If you are involved in a car accident, you should always call the local police department first. Most states... read more

There are many ways individuals become distracted while driving. Cell phones are not a new development, but they are... read more

Protecting Yourself from Rabid Animals

Rabies is a virus commonly associated with wild animals. When infected with rabies, wild animals can pose a significant... read more