Can the Moon be a Danger for Motorcyclists in Arizona?

Can the Moon be a Danger for Motorcyclists in Arizona?

While motorcycle riders aren’t as prevalent on the roads as other automobiles like cars, trucks, and vans, accidents involving motorcycles account for a large chunk of traffic fatalities. According to the National Safety Council, in 2017 over 5,100 motorcycle riders and passengers died as a result of accidents and the number of deaths for motorcyclists has doubled since 1997. There is no doubt of the risk a motorcyclist takes every time he or she hits the roads.

Even though motorcycles make up only 3% of all registered vehicles in the country, and .6% of all miles traveled by vehicles in the U.S., they accounted or 14% of all deaths from accidents in 2017. A good bit of those motorcyclists, 28% to be exact, were inebriated, and the overwhelming majority of motorcycle riders and those who died were male. Approximately 91% of all the fatalities that year were men.

Outside of factors that can be controlled such as not drinking while driving or riding at excessive speeds, motorcyclists have several dangers facing them each time they head out. Their smaller size makes them harder to see, drivers often have trouble anticipating the intentions of motorcycle riders, and many times drivers will have their view of these bikers obstructed by other vehicles or in their blind spot. Then there is also the issue of the moon.

Does The Moon Cause Motorcycle Crashes?

It is not the first thing one thinks about as a factor behind motorcycle crashes but researchers Donald Redelmeier and Eldar Shafir asked the question and got some interesting results. According to their report that was published in The BMJ, there are more deaths in motorcyclists when there is a full moon present. On average, 9.10 motorcyclist fatalities took place on nights with a full moon versus 8.64 on nights that did not have a full moon.

The study even found that on nights where a super moon was present, where the glow of the moon is more intense, there was a correlated increase in deaths. In the presence of a super moon, an average of 10.82 deaths occurred. Even though the numbers look like the moon may have a part in causing motorcycle deaths, the researchers couldn’t say for sure. The study had utilized information from the United States registry of motor vehicle crashes but it lacked other outlying information such as the cause of the crashes, potential hazards during the crash, and the visibility of the moon during the crash. After the study was completed, the fair theory was put forth that a bright moon can be a distraction for motorcyclists.

How To Stay Safe As A Motorcyclist In Phoenix 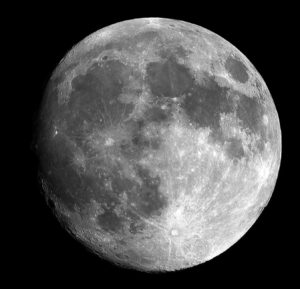 Whether it is the moon or other distractions that are taking your complete attention off of the road, distracted driving is dangerous for passenger vehicles and motorcycles alike. Paying attention and staying alert can save your life. In the event you are in an accident and are hurt, the resourceful Phoenix car accident attorneys at ELG can help you obtain your deserved compensation for the injuries and trauma you suffered.

Motorcycle accidents are notorious for very serious injuries and they require much time and medical treatment to heal properly. This is why you must increase your chances of obtaining the highest amount of compensation after your accident by gaining the help of an Arizona motorcycle accident attorney from ELG. We are pleased to provide you with the sound legal representation you need.

Call ELG today at 623-562-3838 to set up a free consultation with one of our talented attorneys. We have locations for your convenience in both Phoenix and Mesa, Arizona.

The severity of a dog bite can range from a mild nip that hurts but doesn’t draw blood, to... read more

Blind spots are very dangerous for motorcyclists because they are much smaller than a passenger vehicle, which makes it... read more

All car accidents can cause a great deal of damage, but accidents caused due to aggressive driving are often... read more

As many parents have informed their teenage children, owning an automobile is a major responsibility. A car needs to... read more

Injuries and Deaths After Motorcycle Accidents are Increasing for Older Adults

Baby boomers, those born between 1946 and 1964, are doing what people do, getting older. They were named “baby... read more

Were You Surprised With a Hospital Lien After an Arizona Accident?

As if being in an accident wasn’t stressful or time-consuming enough, finding out that you have a lien by... read more

How to Drive Safely Near Motorcyclists in Arizona

Driving isn’t something that anyone should take lightly. With over 6 million accidents occurring each year in the United... read more

How Insurance Adjusters Can Mislead You

The moment you contact your insurance company about an accident, adjusters begin scrutinizing your case for faults and missing... read more

The Four Most Common Type of Car Accidents

When an auto accident occurs, it doesn’t matter if you were distracted driving, speeding, tailgating, or trying to avoid... read more

How to Drive Safely During Monsoons in Arizona