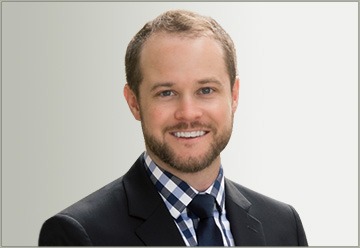 “David Andelin is far amazing, I did not have a single issue or any negative remarks whatsoever for this firm. He helped me get what I deserved for all.He is definitely a perfect Atty to go to. I’m forever grateful..Thank you David.”

Originally from Southeast Idaho, Sterling David Andelin (“David”) moved to Phoenix to attend Law School at the Sandra Day O’Connor College of Law. During Law School, Mr. Andelin interned at the Maricopa Superior Court, worked at an immigration law firm, and spent a summer working in Lima, Peru at an international internship. Mr. Andelin joined Escamilla Law Group in 2011 as an attorney practicing exclusively in the area of Personal Injury Law. In 2013, he moved to manage the Escamilla Law Group Mesa office where he continues to help injured victims. Maintaining close ties to friends and family in Utah, Mr. Andelin is licensed in Arizona and Utah and assists injured victims in both states.

Fluent in Spanish, Mr. Andelin enjoys traveling and experiencing new cultures. He has lived in Argentina, Peru, and visited several other countries in South America and Europe. Combining his passion of the outdoors with traveling, Mr. Andelin has climbed mountains throughout North and South America including Mt. Rainer, the Grand Teton, Ritacuba Blanco, Colombia, Chimborazo, Bolivia, and Pico de Orizaba – the highest peak in Mexico.

Closer to home, he enjoys hiking Camelback mountain, skiing, rock climbing, and spending time with friends, family, and his two dogs. He and his girlfriend participate in dog rescue organizations in the Valley, and are currently fostering their third foster dog.