Courts have little to no sympathy for drunk driving. In Arizona alone, alcohol-related crashes accounted for less than 4 percent of accidents in 2018, yet also made up 25 percent of fatal crashes. The high speeds and poor reaction times involved in impaired driving make drunk driving accidents more lethal than other crashes. Driving under the influence is an extremely dangerous and irresponsible act, and the law treats it as such.

Simply put, drivers who receive a DUI are usually deemed to be at fault for an accident, but there are often exceptions. Even if a driver receives a DUI or DWI (for a blood alcohol content over 0.08 percent) at the scene of a crash, fault for an accident can only be determined by a court of law.

When are Drivers Not at Fault? 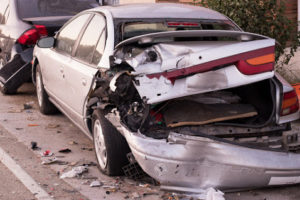 Everyone on the road has a duty to ensure the safety of other drivers by driving responsibly and following the law. Drunk driving inherently breaches that duty, and with a DUI, that driver can be proven to have violated the law. However, that breach of duty is only half of the puzzle. There are four points you’ll have to prove in order to file a successful claim against another driver, drunk or not.

Remember, regardless of the mental condition of the driver, their impairment must have caused the accident to be at fault. This constitutes causation. If some external circumstance or another driver caused the accident instead, you won’t be able to collect damages from them. Additionally, if the accident didn’t result in injuries and damages, the drunk driver won’t be held at fault regardless, though they’ll still face charges for their DUI.

Seek the Help of an Arizona Auto Accident Attorney

If you’ve been injured in an auto accident with a drunk driver in Arizona, an experienced personal injury attorney is an invaluable resource. The lawyers at Escamilla Law Group can help you prove duty, breach of duty, causation, and injury, in order to ensure you receive fair compensation. Don’t hesitate—talk to a professional and schedule a free consultation today by contacting us at (623) 321-0566.

Are the rules different for what to do after you have been hit by a negligent driver in a... read more

Motorcycles and Drunk Drivers in Arizona

In 2018, the Arizona Department of Transportation recorded 2,738 motorcycle accidents. Due to their nature, motorcycle crashes statistically end... read more

4 Tips for Safety When Driving with Children

Safe, defensive driving is the easiest way to prevent accidents. Though you can’t account for the actions of other... read more

Good judgment, politeness, and legal right-of-way laws work in tandem to keep you safe while driving or walking on... read more

How are Damages Assessed After a Car Crash in Arizona

In just one year, there were more than 127,000 motor vehicle accidents in Arizona. Of those accidents, 919 resulted... read more

What Happens When a Child Trespasses and is Injured on Private Property?

We often think about trespassers on our property as thieves and crooks who are looking to do us wrong.... read more

Being involved in an auto accident is a frightening experience, especially when an accident involves injuries. And unfortunately, injuries... read more

Were You Surprised With a Hospital Lien After an Arizona Accident?

As if being in an accident wasn’t stressful or time-consuming enough, finding out that you have a lien by... read more

Tractor-trailers, semis, 18-wheelers; whichever term you use to describe these large trucks, most average motorists know to be wary... read more